Fr. Deacon Marko Krutiak was born on June 7th, 1983 in Chicago to Bohdan and Maria Krutiak. He was baptized on July 3rd 1983 at Sts. Volodymyr and Olha Ukrainian Greek Catholic Church in Chicago where he eventually would give his first confession, become an altar boy, be board member of the Sts. Borys and Hlib Youth brotherhood, and member of the Krylos Choir. In 2000, he began cantoring and independent liturgy study at the parish.

He attended St. Nicholas Ukrainian Catholic Cathedral School in Chicago from Kindergarten to 8th grade and became a member of the American Ukrainian Youth Association (CYM) where he is a board member and a councilor until this day. Marko attended Fenwick Dominican College Preparatory High School in Oak Park, IL. In 2000, he graduated from the Ridna Shkola School of Ukrainian Studies with high honors.

After graduation from high school, Marko attended DePaul University where he received a B.A. in Political Science and Theological Studies in 2005.Along with his BA degree, Marko also completed coursework at the St. Stephen’s Program of the Antiochian Church and the Holy Apostles Institute of the UGCC Eparchy of Parma. He also completed an M.B.A. degree at Benedictine University.

In 2002, Marko was chosen by the clergy of the eparchy to be a delegate and represent the Eparchy of Chicago at the 3rd session of the Patriarchal Sobor of the UGCC in Lviv, Ukraine. 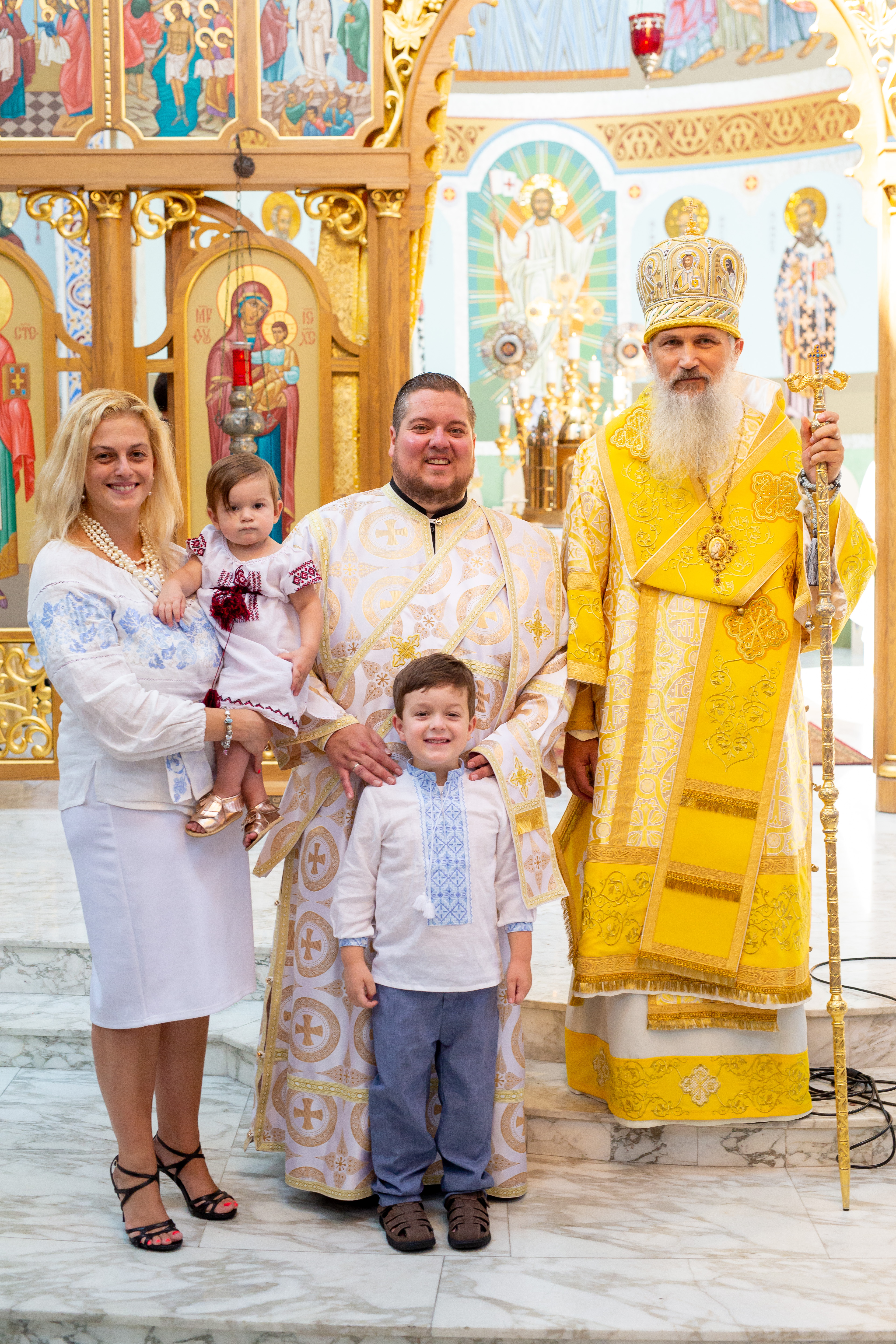 In 2005, he became cantor at St. Joseph the Betrothed Ukrainian Greek Catholic Church in Chicago and soon after became choir director and revived the parish choir. While at St. Joseph parish, Marko has assisted in and completed various liturgical texts for use of the faithful. He also worked in the parish office.

In 2011, he married Andrea Maksymiw and in 2013 his son Damian was born and in 2017, his daughter Taisa was born. Marko was ordained to the subdeaconate in July of 2018 and then to the Holy Deaconate on August 12, 2018. Currently, Fr. Deacon Marko takes an active toll in the liturgical and pastoral life of St. Joseph the Betrothed Parish and is currently the Chair of the Liturgical Commission of the St. Nicholas Eparchy of Chicago.